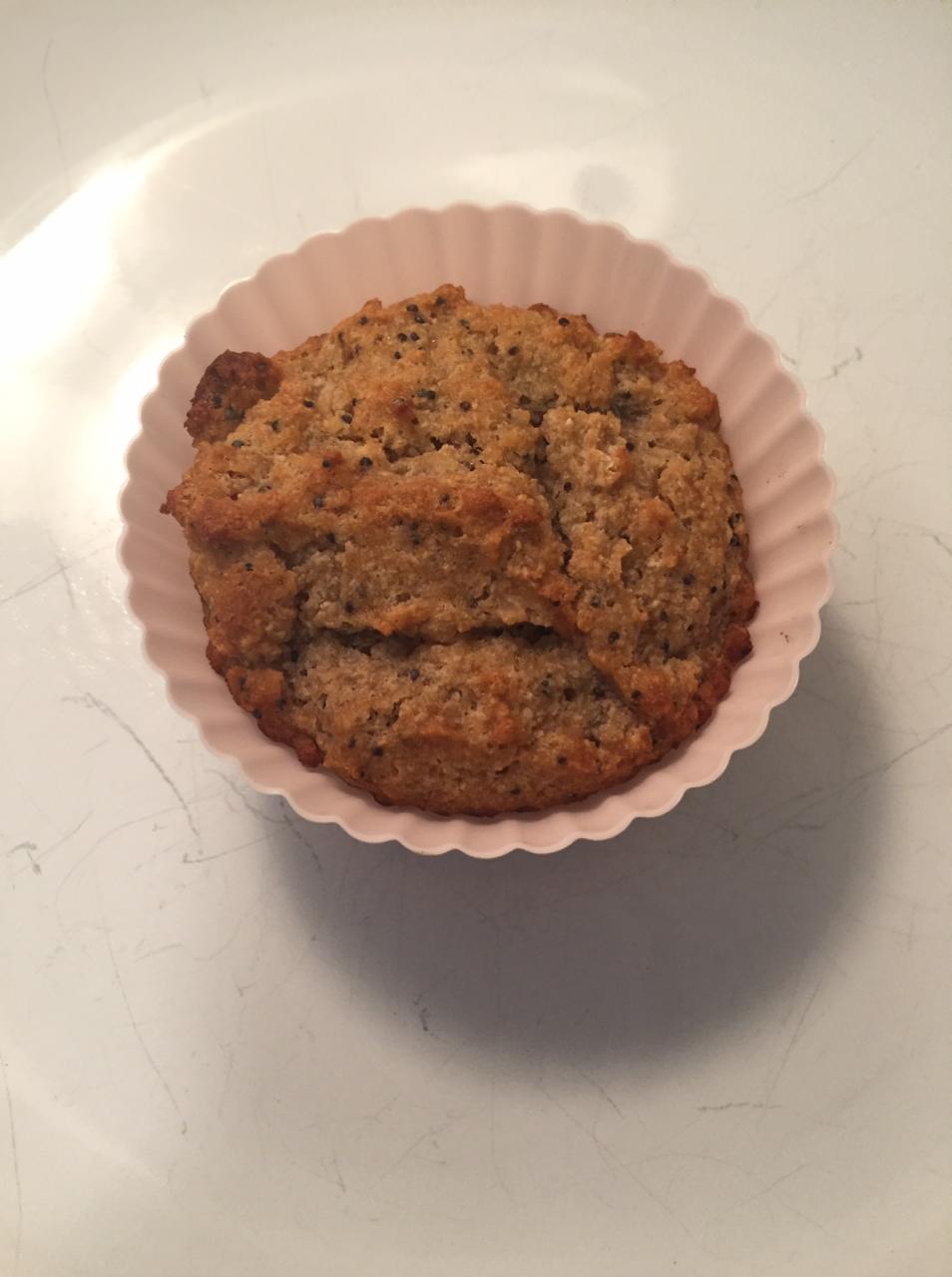 These lemon poppy seed muffins are the product of a bag of organic lemons that needed to be used, and a desire to experiment with some more gluten-free baking. The base for this recipe comes from The Minimalist Baker’s Vegan Lemon Poppy Seed Muffins, but since I’m not vegan (and I like sugar) I used regular ol’ white death (aka refined sugar) and honey. But, I did skip the glaze so I think that evens things out, sort of.

*The original recipe called for 1/2 cup gluten free oats and 1/2 cup almont meal. I didn’t have almond meal and I couldn’t remember if my oats were gluten-free so I used 1/2 cup of coconut flour instead.

I can see using these as a kind of lemony bread pudding base with vanilla gelato…hmmmm.

Also, next time I make these I’m going to leave out the honey. They were plenty sweet with just the sugar and applesauce.